German police crack down on Palestinian activists in Berlin 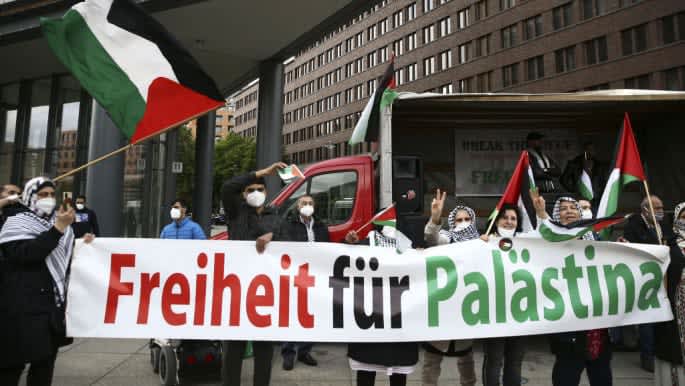 Berlin police arrested dozens ofpro-Palestine activists on Sunday in a crackdown against expressions of solidarity with Palestinians on Nakba Day. German authorities, who last week banned a number of pro-Palestine demonstrations in the capital, arrested around 20 people on May 15 for showing support for the Palestinian cause, including clothes with the colours of the Palestine flag or a keffiyeh. Activists in the capital told The New Arab they were beaten by police in ‘unprovoked assaults’ and detained as part of an ongoing clampdown on any “visual presence of Palestine” in Berlin. “This is a …