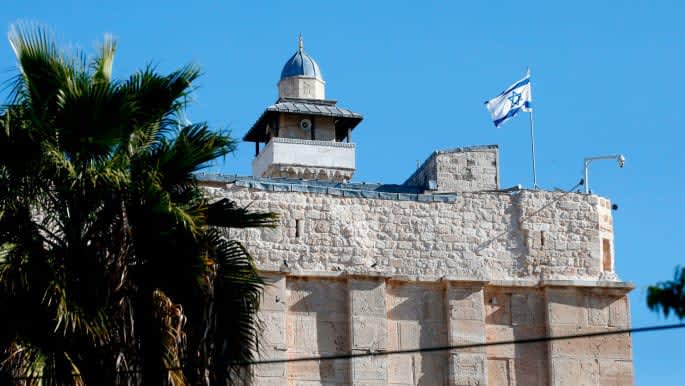 Israeli settlers on Wednesday raised their national flag atop the Ibrahimi Mosque, the second-holiest Islamic site in Palestine, ahead of Israel’s so-called ‘Independence Day’. The Ibrahimi Mosque is in illegally occupied Hebron and second in spiritual significance only to Al-Aqsa in Jerusalem, where the Israeli flag was raised and national anthem sung in place of the Muslim call to prayer on Tuesday evening. The Jewish extremists at the Ibrahimi Mosque were protected by Israeli soldiers, official Palestinian news agency Wafa reported. Nedal Al-Jaabari, leader of the local Waqf, or Islamic end…