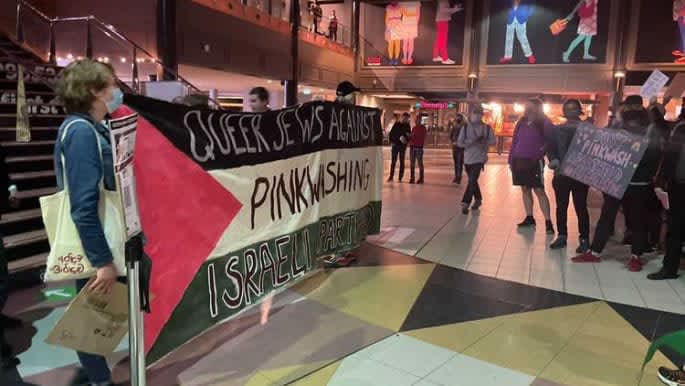 Pro-Palestine activists protested against the Melbourne Queer Film Festival’s (MQFF) decision on Friday to go ahead with the screening of the Israeli film ‘The Swimmer’, despite calls for its removal from the festival’s programme. Activists accused the film of “pinkwashing” Israel’s image by promoting the Jewish state as queer-friendly, while portraying Palestinians as “intolerant” to distract attention from Israel’s human rights record and its occupation of Palestinian land. MQFF, who queer BDS activists also say have not promoted “one film from the Arabic-speaking world”, said The Swimmer wo…