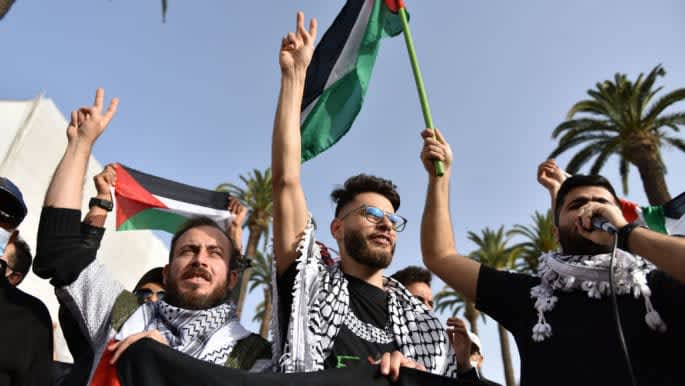 Across Morocco, hundreds of citizens took to the streets on Sunday to commemorate the 74th anniversary of Nakba Day, voicing once again their anti-normalisation position. In the capital Rabat, a myriad of political factions gathered in front of the Moroccan parliament, where the presence of security forces significantly increased ahead of the sit-in. In a rare scene, Moroccan leftist and Islamist leaders stood abreast, wrapped in keffiyehs, chanting against the Moroccan-Israeli normalisation and calling for the right of Palestinians to return to their homeland from which they were expelled ahe…