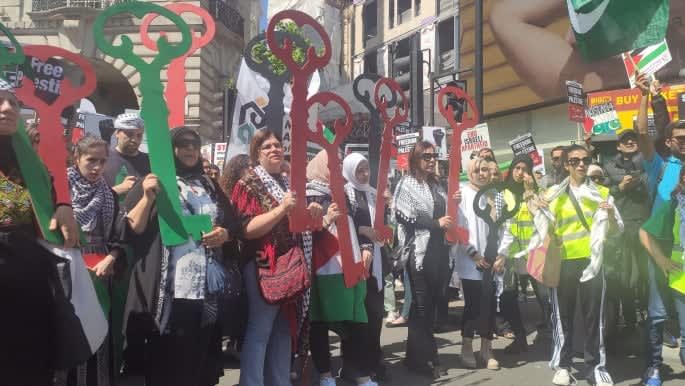 At least 15,000 protesters rallied in London on Saturday to demand justice for past and present Palestinian victims of Israeli violence and ethnic cleansing. The UK national demonstration was held one day before Nakba Day, which each 15 May remembers the 750,000 Palestinians expelled with the Israeli state’s 1948 creation and those facing forced displacement today. It comes as Israeli forces shot dead veteran Palestinian journalist Shireen Abu Akleh, 51, as she covered an Israeli security raid in the occupied West Bank on Wednesday before brutally assaulting mourners at her funeral on Friday. …