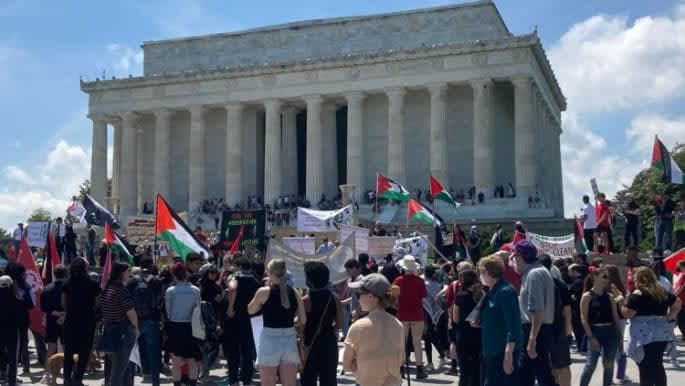 On a sunny day in front of the Lincoln Memorial in Washington, DC more than a thousand people gathered to honour the Palestinian Nakba and to demand justice for the slain journalist Shireen Abu Akhleh. Activists took turns giving speeches next to a makeshift memorial for Abu Akleh, where demonstrators placed flowers beneath her picture. This was one of many similar demonstrations taking place this weekend across the world to mark the anniversary of the creation of Israel, when more than 700,000 Palestinians (more than half of the pre-war population) were forced from their homes. This year, the…