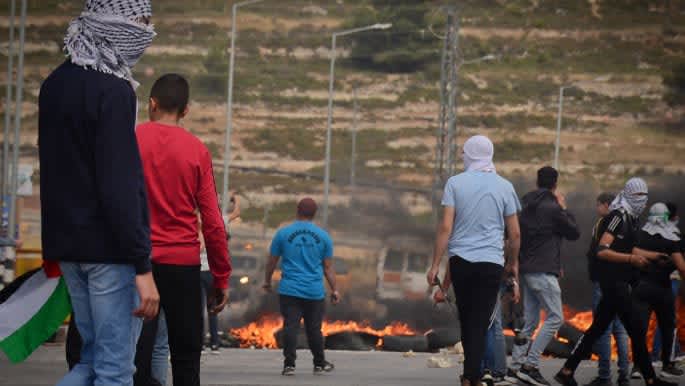 Twenty Palestinians were injured on Sunday during confrontations between Palestinian protesters and Israeli forces at the northern entrance of Ramallah, in the centre of the occupied West Bank. The Palestinian Red Crescent Society said in a statement that 17 Palestinians were injured with rubber bullets, while seven more were hit with live fire. The Red Crescent added that its teams treated 20 cases of suffocation by tear gas. Protests followed the commemoration activities of the 74th anniversary of the Palestinian Nakba Day in Ramallah. Earlier on Sunday, a central march, organised by the PLO…